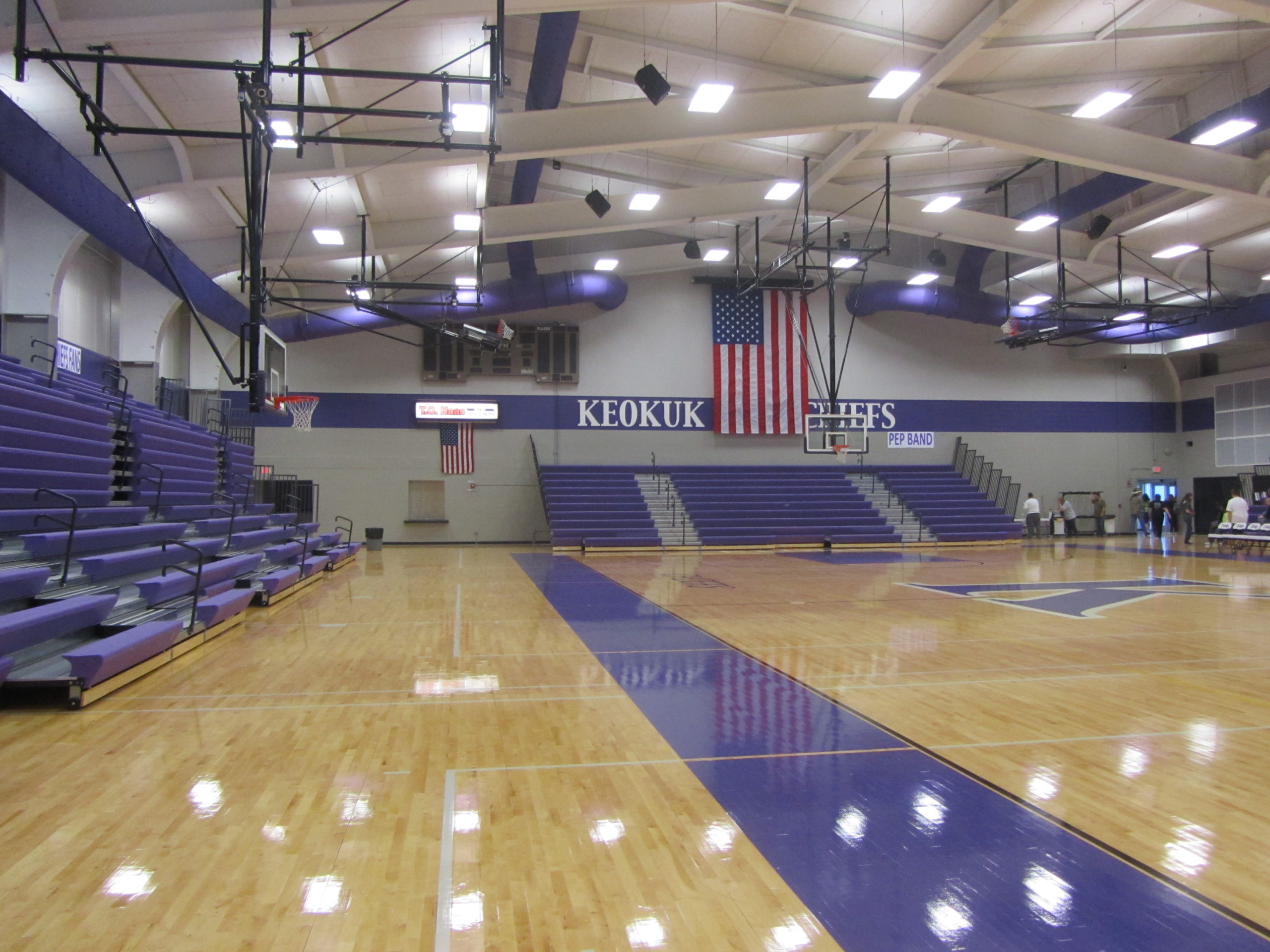 Story Construction was selected to serve as the construction manager for the Keokuk Community School District to reconfigure and remodel two elementary schools and complete a major renovation to Keokuk High School. After nearly two years of continuous work, completion was reached on schedule in November 2012.

Story served as the construction manager-agent to build a two-story, 106,900 sq. ft. middle school. The project was designed using the “learning neighborhood” concept, where 6th, 7th and 8th grade classrooms are each grouped around their own central commons. The neighborhoods, in turn, are organized around the media center, computer labs and other shared facilities. The project also included building a cafeteria, gymnasium and specialty classrooms for music, art and industrial technology.