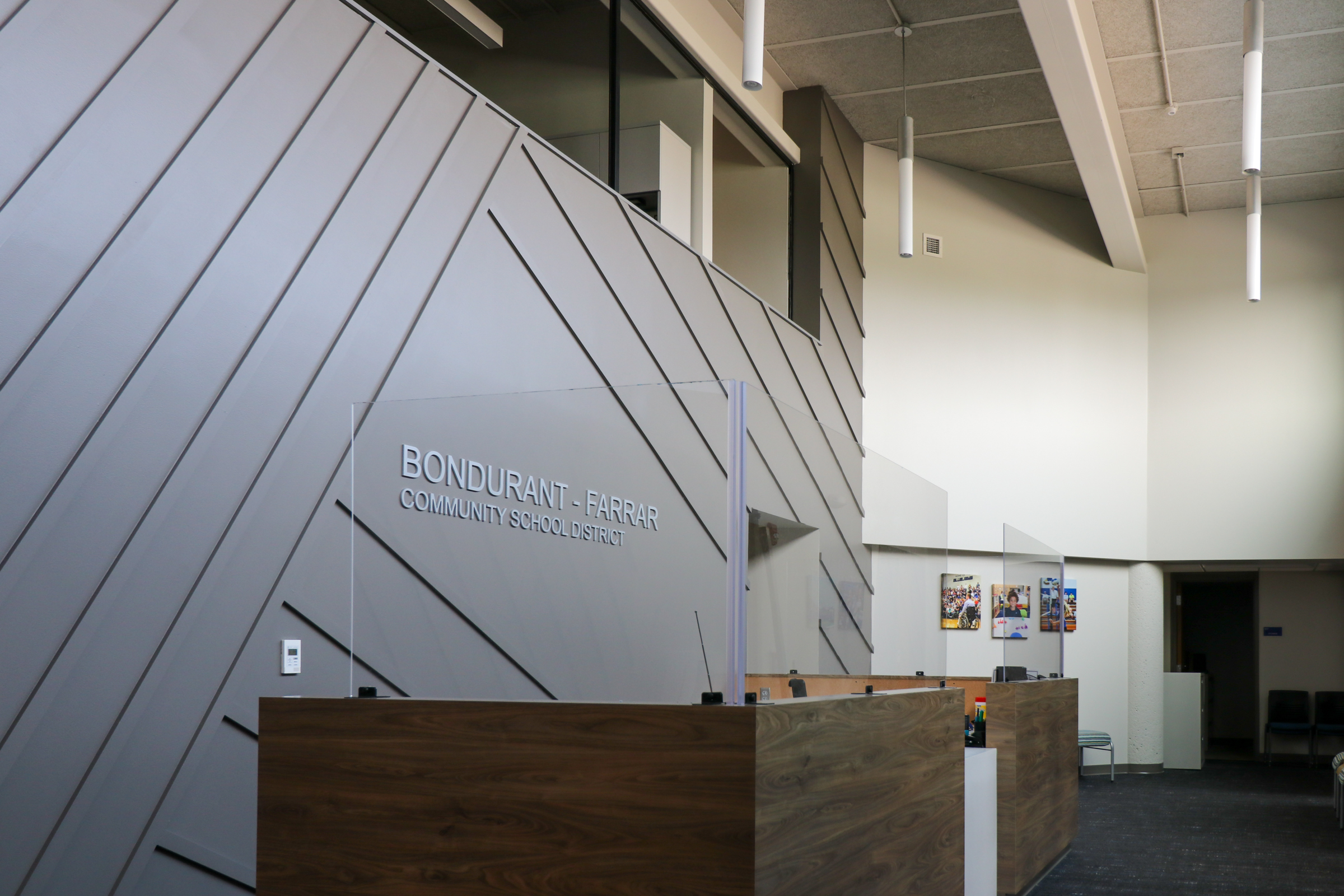 After delivering two building addition projects for the Bondurant-Farrar school district over the last five years, Story was hired as construction manager once again to lead a renovation project for the district’s existing middle school building.

The district’s growing enrollment has spurred subsequent growth in Bondurant-Farrar’s fine arts program, which began to stress the existing middle school facilities. The spaces originally built for the programs were no longer large enough or useful for students.

“We also knew we were running out of office space and that the space we had wasn’t efficient enough for our current needs,” said Chad Carlson, the district’s Director of Administrative Services. “Renovating the district office was far from our minds at first, but after conversations with Story and SVPA, it became more of a reality. In the end, the space looks brand new and we’re thrilled with the outcome.”

The renovation work began in February 2020, and like just about everything else throughout the year, was impacted by COVID-19.

“In some ways it sped up the project, and in some ways it slowed things down,” Carlson said. “With the closure of school, it gave crews the opportunity to come in and work unhindered by working alongside students and staff, but construction material deliveries were slowed down as the world was shutting down. We were still able to get into the new spaces for the start of school, we just had to work around a few things at a minor inconvenience.”

“This sort of phasing can allow us to get a lot done on site in a shorter period of time, but it demands really good communication from everybody on the team,” said Clint Jensen, Story’s project manager for the renovation. “We had that team in place with the school district and with SVPA, and especially with our trades on site.”

Construction Production 2.0 provides a system for crews to effectively communicate with one another where daily planned activities are taking place on site. In the event that any given crew has some exposure to COVID-19, the teams on site have a record of which other teams were working in the area and if additional exposure was likely. Job sites are a collection of crews working toward the same goal, and it’s as evident as ever while working among COVID-19.

“From our stadium project to the high school addition and now this project, we thoroughly appreciate Story’s attention to detail and commitment to us, their customer,” adds Carlson. “We have felt all along that guys like Clint Jensen, Dale Hofert, Brian Weber, Josh Hoover, and Charlie Harris take great pride in the process and finished product. It is really a partnership that feels like we are on the same team.”