The 50-year-old building formerly served the district as the high school. However, when Ballard High moved to their new campus 12 years ago, the middle school started to occupy the building. Initially constructed in the late 1950s, superintendent Ottie Maxey explained that the flow and construction of the existing structure did not match the middle school curriculum and needed reconfiguring. What came out of it was a renovated space that put the three grades into separate “pods” that facilitate a community within grade levels. Shared spaces such as the gymnasium, cafeteria, and fine arts area became pod areas as well, and each received renovations.

Most critical to this project was its scheduling and phasing, which allowed full occupation of the building throughout the school year.

“Story’s CP 2.0 system gave the school board a greater understanding of the whole process from start to finish and eliminated that communication barrier. The scheduling became crucial since construction wasn’t taking place in a vacant building or a new building. It was happening in a space that was being used as a middle school, and the visibility of where we were in terms of schedule was right in the job site trailer.”

Shifting classroom instruction to areas that had not been touched by construction activity, or to areas where construction was completed, also needed to be coordinated with breaks in order to allow time for teachers to move into new spaces. Keeping everyone on the same page with the logistics of these moves was a major challenge, but Story and the Ballard school district were able to work together to make the transitions as seamless as possible.

Scheduling adjustments were also made quickly once the district ended in-person instruction due to COVID-19, and Story was ready to hand over the keys to Ballard School District three months earlier than initially planned. 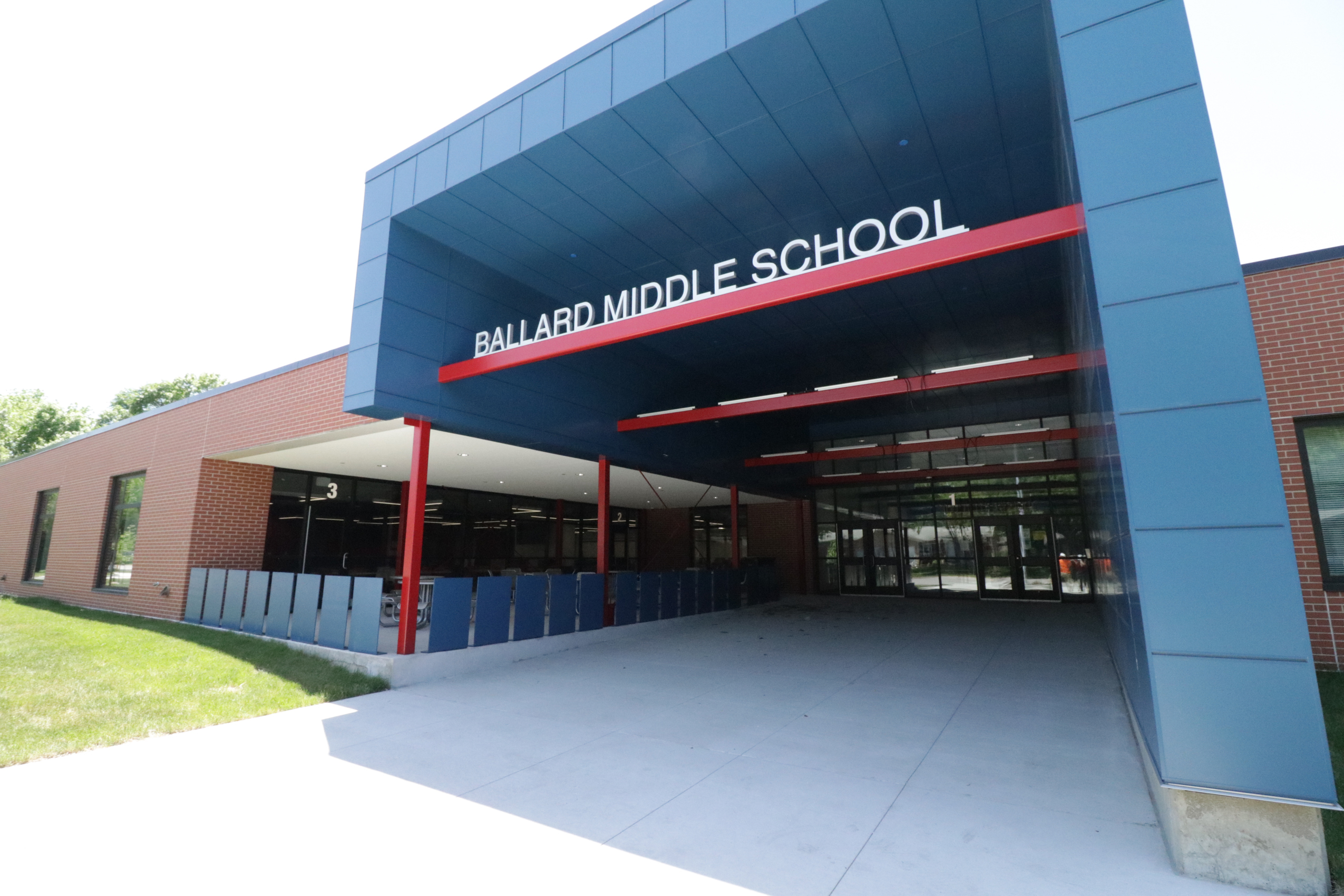